Just east of the lake and 500 metres (1,600 ft) from the bus stand is a well maintained 20.5 acres (8.3 ha) botanical garden. The park was planned and built in 1908 by a forest officer from Madurai, H.D. Bryant, and named after him. With 325 species of trees, shrubs, and cacti, the park is a rainbow of flowers during the peak season.

A large section is dedicated to nearly 740 varieties of roses.This park is situated on the eastern side of the lake. It is noted for flowers, hybrids and grafts. Cut flowers are exported from here. A glass house which shelters fine varieties of flowers is found here. Flower show is conducted every year in May as part of summer festival.Bryant Park is one of the most colourful attractions of Kodaikanal. Sprawling in an expanse of 20.5 acres, this park was established by H. D. Bryant (a forest officer from Madurai) in the year 1908. 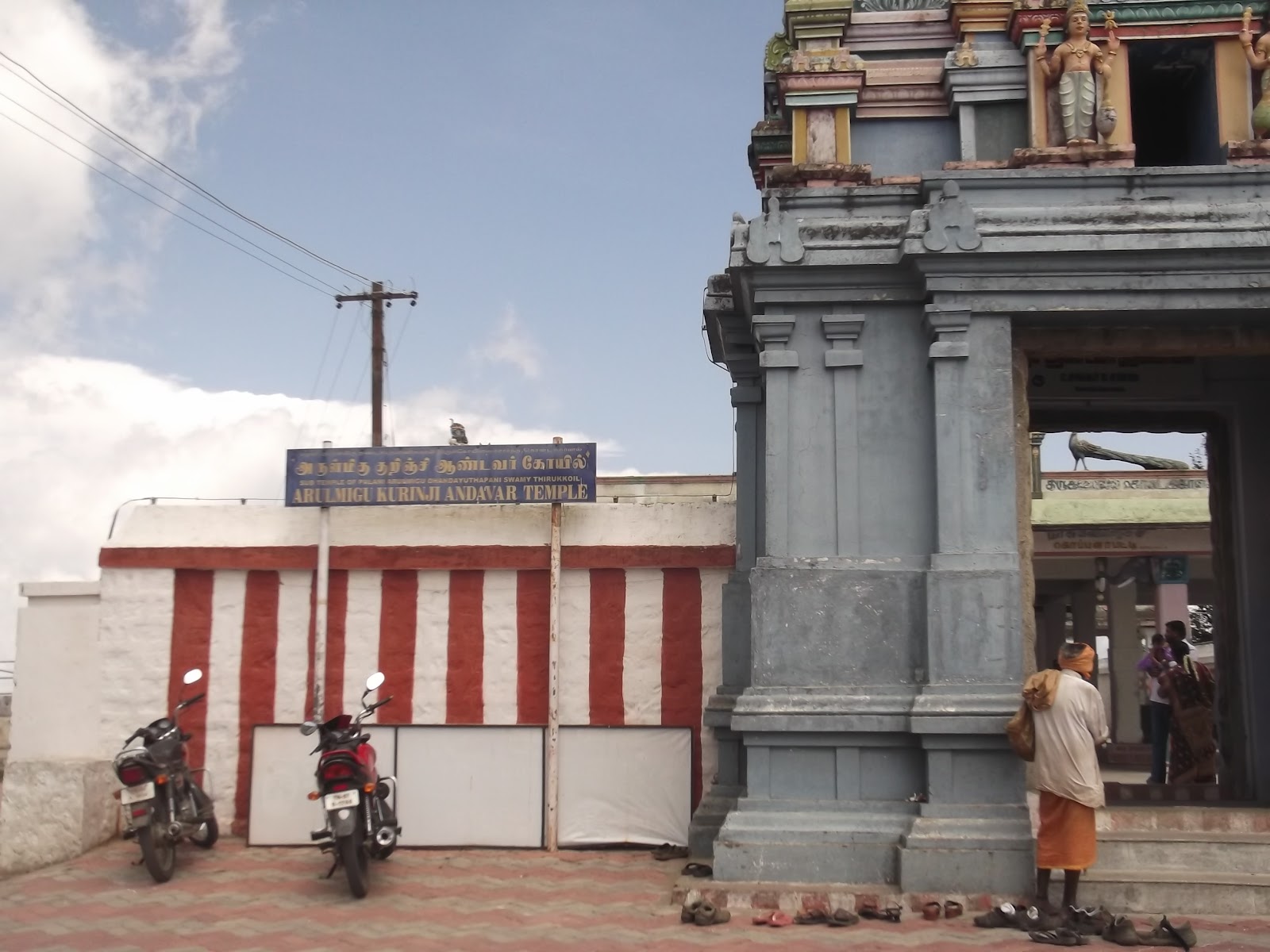 Found 3 kms from the lake, a famous shrine dedicated to Lord Muruga. This temple is associated with the Kuriniji flowers which carpet the hillside. Kurunji flowers bloom once in 12 years. Also Kurinji means hill region in Tamil literature and Andavar means God. Hence Lord Muruga is referred as God of Hill here. From this temple one can see a view of Palani and Vaigai Dam.Kurinji Andavar Temple, located at a distance of around
5 km from the bus station. Dedicated to Lord Muruga, the God of Hills as per the Tamil literature, tourists visiting this temple can enjoy beautiful view of Vaigai dam and Palani hills.

A 10 minute walk from the lake, it derives its name from Lt. Coaker, who prepared the map of Kodai. Coaker’s Walk runs along a steep, emerald green wooded slope. From Coaker’s Walk one can get a breath-taking view of the plains below which is open to the public from 9 AM to 6 PM.

It is a narrow pedestrian path, constructed by Lt. Coaker in 1872, a one kilometer mountain road which runs along the edge of steep slopes on the southern side of Kodai road which is 1/2km away from Kodai. The walk winding around mt. Nebo starts near van Allen hospital and joins the main road above St. Peter's Church provides a wide-angle spectacular view of the plains. 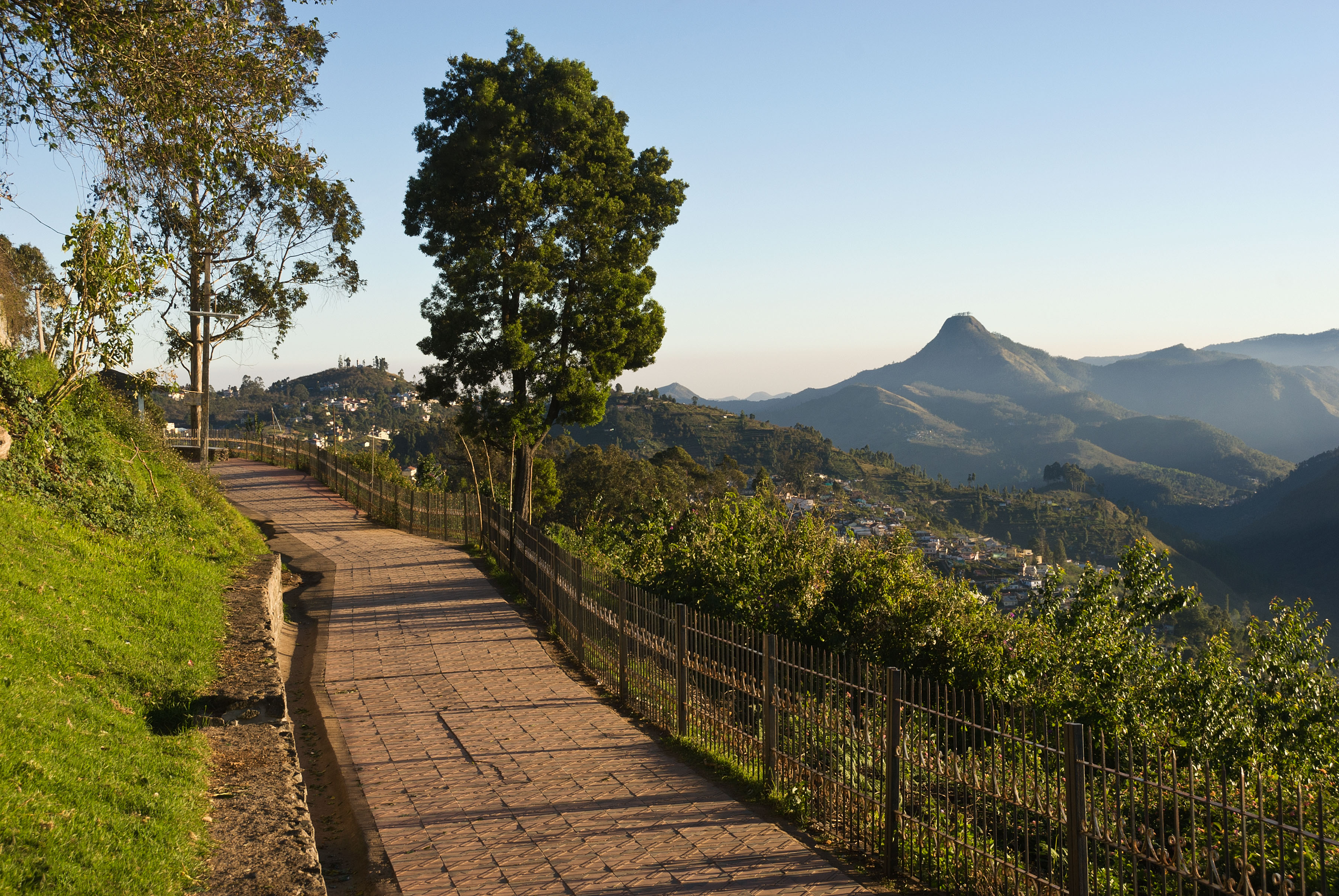 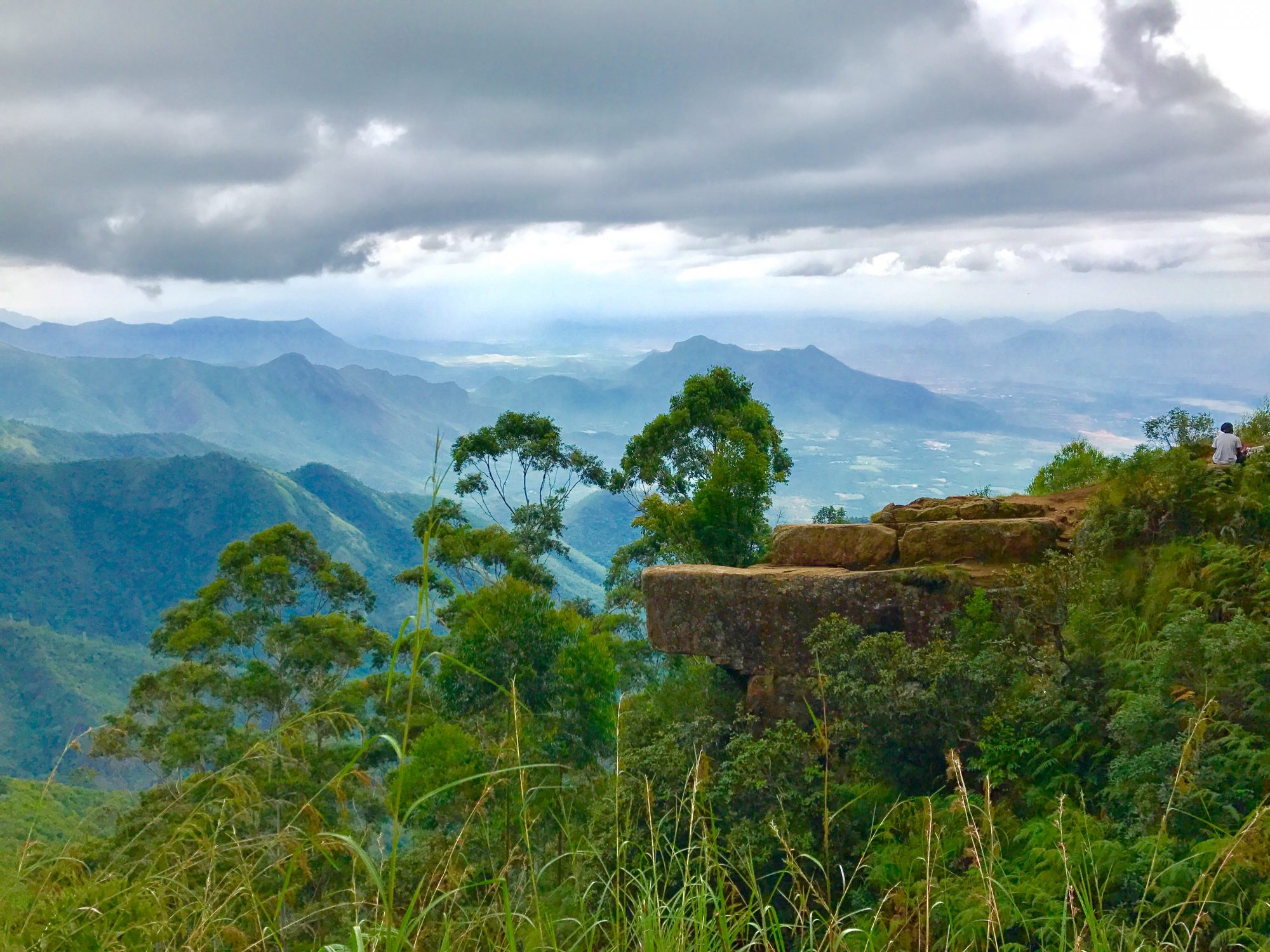 To reach Dolphins nose at a distance of 8 kms from the bus stand, one has to follow the route specified here.There is an old road after crossing Pambar Bridge near levinge stream. A rough curve rounds the hillside which leads to a point where a flat rock projects over an awful chesm of 6600 feet deep. This is Dolphins nose. On the way, beautiful views of plains and steepy rocky eascarpeints called rolling hills can be seen. The old village of vellagavi can be reached through the rugged bridle path.

One of the main attractions for the tourists of Kodaikanal is the Kodai lake which is at a distance of 3kms from the bus stand. In 1863, Vera Levinge, a former District Collector of Madurai settled in Kodaikanal after his retirement. He was the man of resource and creative ideas for this lake. By spending his own money he converted the marshy land with several streams of lake by constructing a strong bund and brought boats from Tuticorin. It is reported that the foreign resident's even used to swim in the lake.

The hills receive the rainfall during North-East Monsoon months of October, November and December. The lake is spread over 60 acres and surrounded by fine tarred road of 5 kms length, the maximum depth in 1962 was 11.5m but it is now about 9m due to siltation. The average depth is 3.0m. The boat club provides boats for hire. There are luxury boats also. The famous Carlton hotel is facing the lake and the hotel is having their our boats for their customers 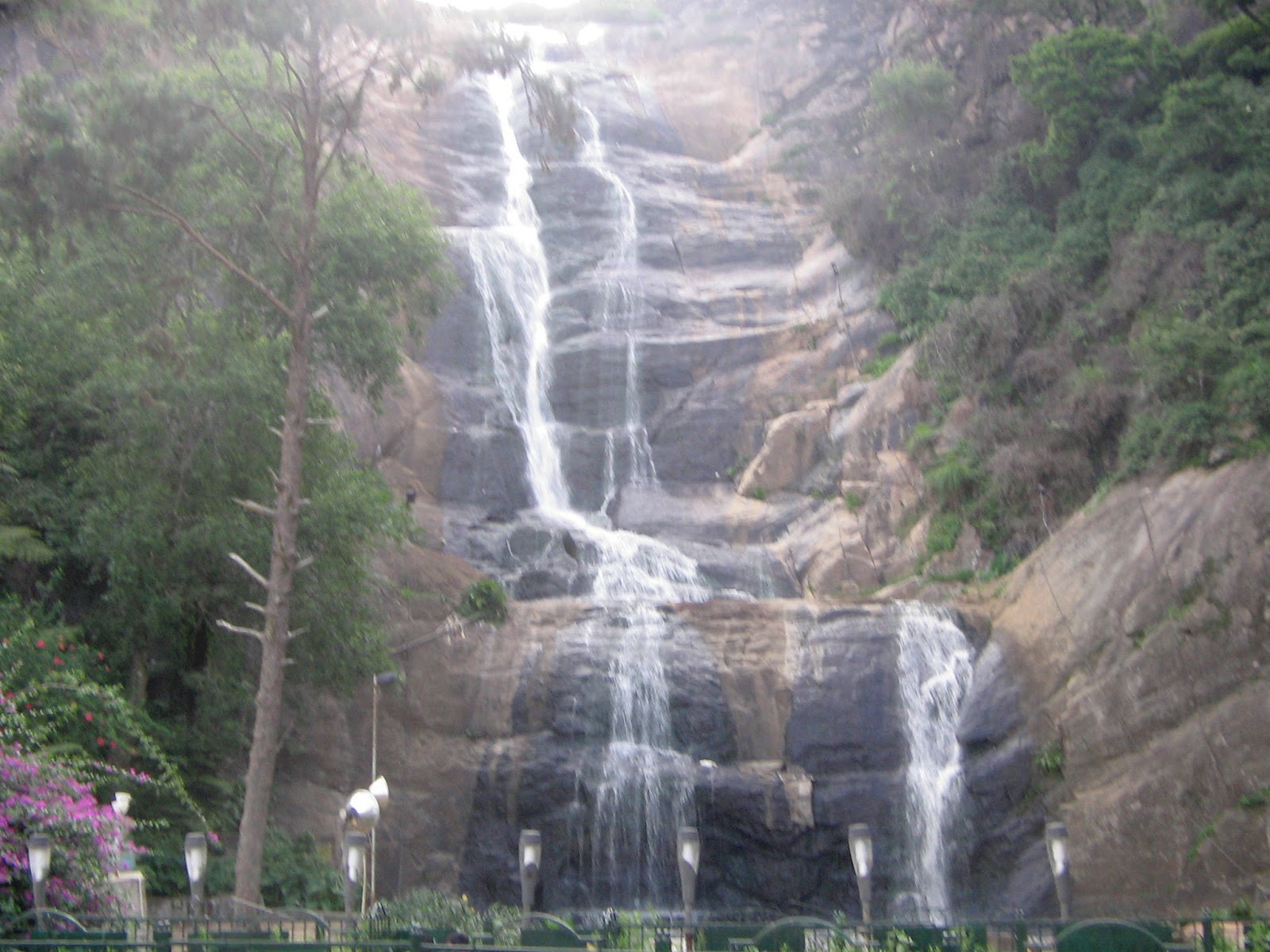 Silver Cascade Falls is a waterfall located on St. Mary's Creek in the North Cheyenne Cañon Park of Colorado Springs, Colorado. Silver Cascade can be reached by hiking a short but steep trail up from North Cheyenne Canyon road at the Helen Hunt Falls trail head. The trail is less than half a mile, but steep in places and the footing can be slippery, especially when wet or when frozen over during the winter months. Care should be taken especially at the top of the falls, as the granite face of the falls is polished, slippery, and much steeper than it appears.[2] The falls have an interesting spout feature about 50 feet below the crest due to an upturn in the rock face. During high flow times, the spout can shoot water over 10 feet off the rock face. The water running over Silver Cascade originates in Buffalo Canyon, passing over St. Mary's Falls and Silver Cascade Falls before merging with North Cheyenne Creek down stream of Helen Hunt Falls.

One of the popular tourist spots in Kodaikanal, Shenbaganur Museum is a place that makes for an interesting visit. Located at a distance of 5.6 Km from the Kodaikanal Lake, the museum is one of the best orchidoriums in the country. It is now maintained by the Sacred Heart College – Theological Seminary which was founded in year of 1895. The Museum came into its present being because of the efforts of a Spanish Father E. Ugarthe. He took control in 1951 from its creator A. Anglade. A compilation of past collections along with of butterflies, moths and birds by teams of students was initiated. A brief description of the museum’s assets was given by Ugarte in the year of 1963 which has been published as 'A Museum of the Palanis'. Before this, there was a record called 'The Botanical inventory in the Museum' which was by Father KM Mathew in 1954. Working hours – 10 AM to 11.30 AM and 3 PM to 5 PM (Sunday Holiday) 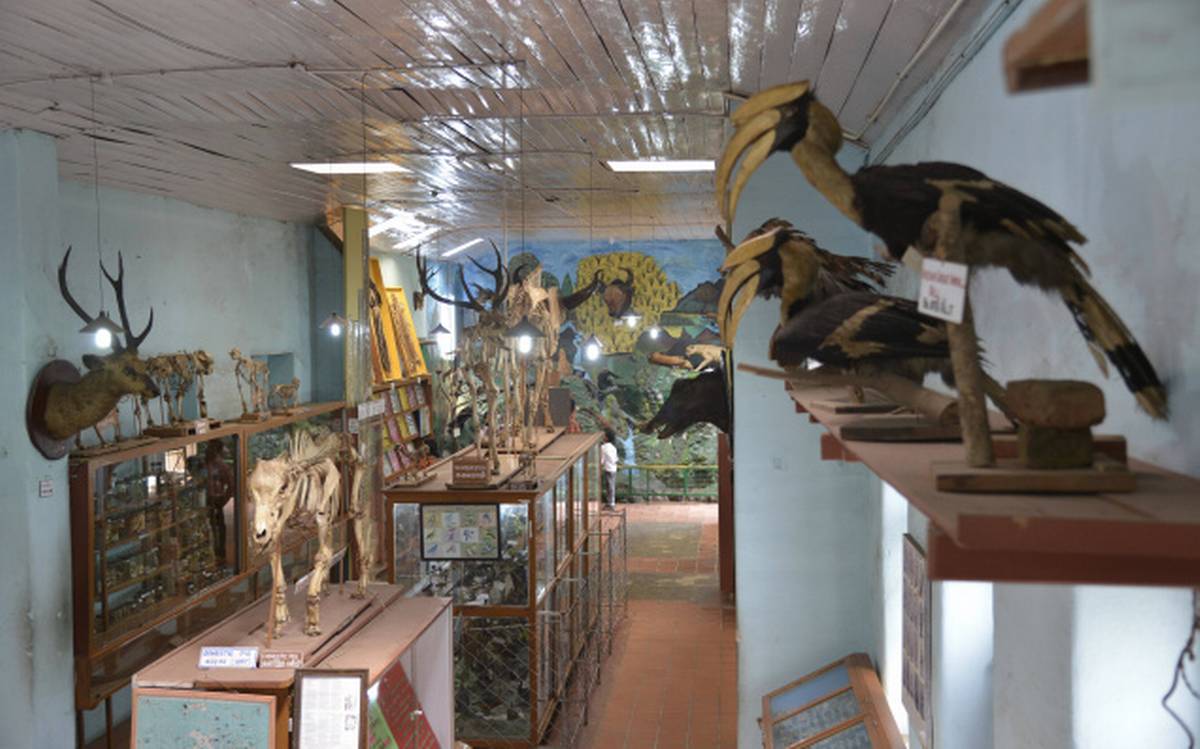